Kimber Leigh is a highly respected actress, model, producer, television host, spokesperson, and master of ceremonies. She is well steeped in the Arizona cinema scene, whilst residing on the Big Island of Hawaii with her husband.

Along with acting and producing a host of short films, Kimber has starred in feature films including, The 49th Line, A Calling of Courage, and Love a la Carte.

Harrah’s Entertainment, Insight Vacations, and Arizona’s Pure Country Radio have employed her talents in the production of countless commercials, print, and advertising products.

Kimber’s award-winning talent has been recognized multiple times by the A3F Almost Famous Film Festival, Phoenix Comicon Film Festival, and AZ Fame Film Festival. She has won awards for Best Overall Acting, Outstanding Individual Performance, and Best Actress in a Film Short. Kimber has also received a Gold Hermes and a Telly Award for her work in journalism.

Kimber has hosted 140 TV shows including In Session (filmed on location at the Microsoft Store), and The Breakfast Club (sponsored by Dunkin Donuts and produced by Advision Media). She has also produced and hosted 100 episodes of the weekly web series, The Animal Rescuers/The Global Rescuers which has been airing for the past 5 years on the Variety Channel on www.voiceamerica.tv.

For four years, Kimber was active in her community with organizations like the Maricopa Food Bank which feeds hundreds of hungry families in Maricopa, Arizona.

Kimber Leigh’s most recent accomplishments include founding, The Wow Factor—Living a Life of Wow!, and authoring her recent book, Greta Gar~BITCH.

Stay tuned for her next book, In The Streets of Puako—A Love Story. Due for publication in 2020.

Thank you for visiting our site! Come back often for updates on news and book signing dates.Mahalo! 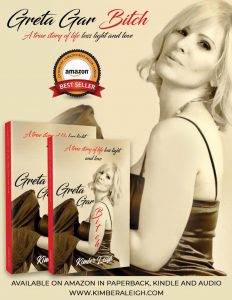 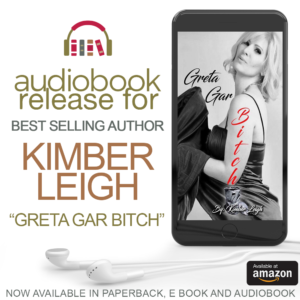 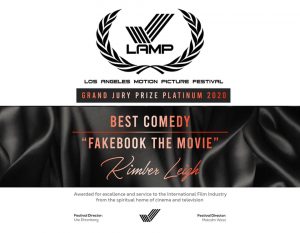 Kimber A. Leigh and Husband SER Soundworks that did the Audiobook Studio